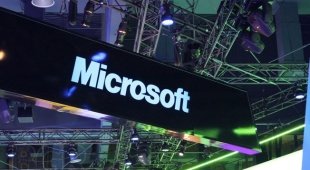 By James Bourne | 23rd November 2012 | TechForge Media http://www.cloudcomputing-news.net/
James is editor in chief of TechForge Media, with a passion for how technologies influence business and several Mobile World Congress events under his belt. James has interviewed a variety of leading figures in his career, from former Mafia boss Michael Franzese, to Steve Wozniak, and Jean Michel Jarre. James can be found tweeting at @James_T_Bourne.

A blog post from Forrester analyst David Johnson has stated three primary reasons as to why Windows 8 is a potential risk in the enterprise.

Despite admitting that he thinks Windows 8 will become a “BYOD force for many organisations”, Johnson states the next 12 months are vital for adoption.

In terms of the workplace and IT decision makers, Johnson predicts the following:

Other reasons Johnson gives for misgivings in the enterprise include a limited availability of apps in the Windows Store, mitigating BYOD demand for Windows tablets until Microsoft can catch up; and the fact that Windows 8 is a fully desktop OS and needs further resources.

Previously, Johnson had written that IT firms were only experiencing half the migration figures for Windows 8 than they had with Windows 7 in 2009.

Enterprise AppsTech had previously mused upon enterprise adoption for the new Microsoft OS, with Zenprise CEO Amit Pandey stating that Microsoft’s “smart move to build Windows 8 for PCs and tablets…gives enterprises a smooth plan to make the transition on a timetable that makes sense for them.”

But do you agree with Forrester’s somewhat grim analysis, or is there potential for Microsoft in this sphere?