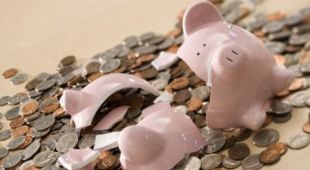 By James Bourne | 17th October 2012 | TechForge Media http://www.cloudcomputing-news.net/
James is editor in chief of TechForge Media, with a passion for how technologies influence business and several Mobile World Congress events under his belt. James has interviewed a variety of leading figures in his career, from former Mafia boss Michael Franzese, to Steve Wozniak, and Jean Michel Jarre. James can be found tweeting at @James_T_Bourne.

The majority of IT company CIOs are struggling with budgeting for enterprise app testing, according to the latest survey from agile data management provider Delphix.

The research, presented by IDG Research Services and entitled ‘Enterprise Application Development MarketPulse’, garnered 108 responses from CIOs, CTIOs, executive VPs and the like from app-related IT companies, and the big takeaways were:

The respondents all certainly have money to play with for their company’s budget: those represented are, overall, in charge of an average IT budget of $423 million (£261.9m) for 2013.

Of this, in 2013 41% of this budget will be specifically targeted at enterprise app projects, an increase for 52% of executives in the amount they’ll spend on this function.

The most important driver behind companies embracing enterprise apps was cost reduction, with just over three in five (61%) citing this. Increased productivity (58%) and improved customer service (56%) rounded off the top three.

But what form do the majority of these new enterprise apps take? According to the research, the top three were business process management apps (52%), business intelligence (43%) and CRM (customer relationship management) apps (41%).

According to Tim Campos, Facebook CIO: “Database environments are constantly getting bigger and bigger, and they’re increasingly the bottleneck.

“What ends up happening is you get an absolute sprawl in the database environment. With database virtualisation, we get better use of hardware and our people. It can accelerate our enterprise application development projects significantly in the same time frame,” he added.

Does this research data surprise you? Is the amount of time and spend on enterprise apps pleasing, even if CIOs are struggling to keep it on time and under budget?