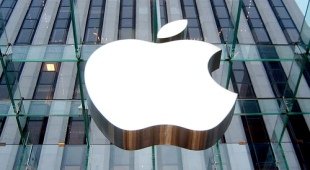 By James Bourne | 5th February 2013 | TechForge Media http://www.cloudcomputing-news.net/
James is editor in chief of TechForge Media, with a passion for how technologies influence business and several Mobile World Congress events under his belt. James has interviewed a variety of leading figures in his career, from former Mafia boss Michael Franzese, to Steve Wozniak, and Jean Michel Jarre. James can be found tweeting at @James_T_Bourne.

According to the latest round of Gartner enterprise IT predictions, Apple will have as much of an enterprise reputation as Microsoft by 2014.

Of course, most people reading that will be looking around their workplace, analysing their BYOD policy contract and seeing the number of iPads and iPhones in the office.  Yet Gartner is focusing on the desktop Macs.

“Going forward, Apple will continue to benefit from consumerisation and will continue to evolve Macs to take on more iOS characteristics, which will contribute to acceptance of Macs in the enterprise,” noted David Mitchell Smith, Gartner vice president.

He added: “As such, enterprise acceptance of Apple will continue to be driven by consumer demand.”

In other words, the consumerisation of IT continues to pervade the enterprise, so in theory Apple should gain ground ahead of Microsoft and BlackBerry.

Enterprise AppsTech has previously examined the effect of Windows 8 and Windows Phone 8 in the enterprise, with the consensus at the time being that Microsoft has improved their enterprise offerings. MDM provider AirWatch called WP8 a “game changer”, whilst Zenprise CEO Amit Pandey described Microsoft’s strategy to build Windows 8 for PCs and tablets as a “smart move”.

But if there is no benefit from consumerisation, is it going to be difficult for the latest Windows iteration to gain an impression in the enterprise? Gartner thinks so, saying: “As a result of this shifting landscape, Gartner believes that enterprises should plan for continued consumerisation and for the fact that Apple will continue to be a significant beneficiary.”

Elsewhere, Gartner predicts that by 2016, over half of the mobile apps deployed will be hybrid. This is a reasonable assumption, given that with BYOD, multi-platform and interoperability is increasingly the order of the day.

Gartner’s other key prediction in the report – albeit this one a bit more from left field – is that by the year’s end, the emerging markets will see a $50 smartphone for the first time. The analyst house puts this down to more advanced chipset integration, and ditching some of the high end features in smartphones for the developed market.