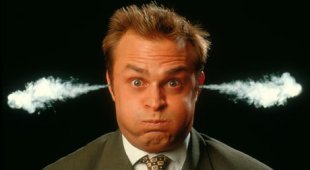 By James Bourne | 11th February 2013 | TechForge Media http://www.cloudcomputing-news.net/
James is editor in chief of TechForge Media, with a passion for how technologies influence business and several Mobile World Congress events under his belt. James has interviewed a variety of leading figures in his career, from former Mafia boss Michael Franzese, to Steve Wozniak, and Jean Michel Jarre. James can be found tweeting at @James_T_Bourne.

Even though a BYOD policy is going to make your employees happier, it will continue to tear out whatever hair’s left in the company IT department.

This was the leading line from the 2013 Mobile Enterprise Report authored by wireless specialist iPass and MDM provider MobileIron, which had 477 responses, a majority of which were from IT directors or similar.

This is reflected in the amount of time spent contacting IT. 46% of respondents said that employees typically needed more IT connectivity support than last year, as opposed to just 19% who received fewer phone calls.

But what of 2013 and beyond? It’s an Apple-based future, according to iPass and MobileIron.

77% of companies used a BlackBerry back in 2011, but how times have changed; in 2013 that number is down to 62%, with iPhones accounting for 74% of enterprise smartphones. Calling BlackBerry “entrenched” in the enterprise sector, iPass states its belief according to the survey research that it’s going to be iDevices all the way from here on in.

Antenna Software CTO Dan Zeck, speaking to Enterprise AppsTech last week, stated that BlackBerry 10 was “going to have a good result” adding that he thought the consumer play alone was not going to work for them, intimating further enterprise integration is needed.

Zeck also spoke of the rivalry between BlackBerry and Windows Phone, with the iPass research throwing up an interesting result. 44.5% of those polled said they were planning to support Windows Phone 8, compared to 34% going for BlackBerry 10.

Elsewhere, the report emphasised the increasing prevalence of tablets in an enterprise workplace. Be it as a replacement for a laptop or an additional device, every non-executive job sector saw an increase in tablet support, with the highest increases coming in HR/administration, legal (both up 14%), finance (up 13%) and engineering (8%).

“In a BYOD world, changes often start with executives, but eventually trickle down, benefiting a broader group of workers,” the report notes.