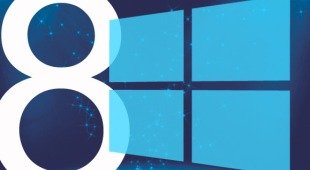 By James Bourne | 20th May 2013 | TechForge Media http://www.cloudcomputing-news.net/
Categories: Employees, Microsoft,
James is editor in chief of TechForge Media, with a passion for how technologies influence business and several Mobile World Congress events under his belt. James has interviewed a variety of leading figures in his career, from former Mafia boss Michael Franzese, to Steve Wozniak, and Jean Michel Jarre. James can be found tweeting at @James_T_Bourne.

According to the latest report from Forrester Research, enterprises will bypass Windows 8 as the enterprise PC OS of choice.

Avid readers of this site will not see this as a huge surprise; infact, Enterprise AppsTech reported Forrester’s – and specifically Johnson’s – opinion on the issue as far back as November.

Yet, with the report now released, it solidifies industry opinion – has Microsoft bitten off more than it can chew with the more radical 8 design?

The furore concerning the Washington tech giant’s move towards a more user-friendly interface has been caused by the fact that, well, people don’t find it user-friendly. As a result, Microsoft announced earlier this month a backtrack on “key aspects” of the Windows 8 design, including re-examining the Start button, which of course was omitted in favour of a central tile-based look.

It’s not surprising, therefore, that one of the biggest selling apps on Windows 8 was Stardock – an app which allows users to put the Start button back in.

It’s certainly a critical period for Microsoft in the enterprise, with support for XP finally halting in April next year. Latest figures from NetMarketShare put Windows 7 ahead of XP, with 44.7% using 7 compared to 38.7% still on XP.

Back in November, Johnson argued that Windows 8 would struggle because of three reasons; most workplaces would struggle between Windows XP and 7; most companies are still happy enough with 7, despite calling Windows 8 security “potent”; and the well-rooted change in the Windows 8 interface.

And in this week’s report, bluntly entitled ‘IT Will Skip Windows 8 as the Enterprise Standard’, the misgivings are similar.

Johnson believes that 8 doesn’t bring anything original to the argument, as well as coming out in the midst of “upgrade fatigue”, with companies scuttling to remove XP before that April deadline.

But the most important issue, it would appear, is one of fear, uncertainty and doubt. With Steve Ballmer announcing a redirection for the design of Windows 8, CFOs and IT execs cannot be certain what Microsoft is going to do next – not exactly a winning formula for traditionally slow-moving enterprises.

One potential solution could be Windows 8.1, codenamed ‘Blue’; even though it’s an update, leading to more uncertainty, Johnson notes that Blue “gives Windows 8 a better chance of adoption.”

Back in February, analyst house Gartner predicted that Apple will become as accepted a name in the enterprise as Microsoft by 2014, with the Cupertino firm forecast to “benefit from consumerisation and will continue to evolve Macs to take on more iOS characteristics, which will contribute to acceptance of Macs in the enterprise.”

But what do you think, and what is your company’s strategy on this? Is there hope for Windows 8, or is it going to become another Vista?