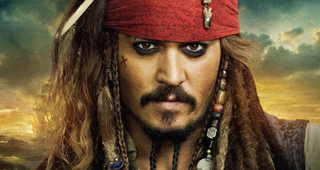 In the constant battle between illegal file sharers (pirates) and the entertainment industry supplying the protected digital materials, the pirates have been staying one step ahead – although the industry may soon have a powerful new weapon in their arsenal.

New regulations being pushed by the “Commission on the Theft of American Intellectual Property” could mean the industry could lawfully distribute malware to illegal file sharers.

The report is 84-pages long (PDF) but the basis of the malware would mean files/folders, or even the whole computer could be locked down. To remove the limitations users could turn themselves in, or perhaps pay up for the distributed content.

At the moment the report is entirely theoretical, and with criticisms from rights groups it’s unlikely Congress will be taking much of a serious look at these propositions anytime soon.

Piracy is a serious issue which costs companies billions in losses, and it may well be extreme measures are a necessary evil.

Although when you read such excerpts as: “Additional measures go further, including photographing the hacker using his own system’s camera”, you realise just how important it is these reports are taken seriously, and the abuse potential they could have if passed.

As a result of increased piracy many music and video studios have switched to offering their content on streaming services such as Spotify and Netflix respectively.

Researchers have actually found the closure of file sharing sites, such as MegaUpload last year, actually had a negative impact on box office revenues – the theory being the “social network” effect causes people to pay for content they would have had no willingness to do so otherwise.

Piracy is an ongoing issue with seemingly no end; despite much criticised legislations as CISPA which Enterprise AppsTech wrote about last month.

What do you think of these extreme measures and the state of piracy in the entertainment industry?