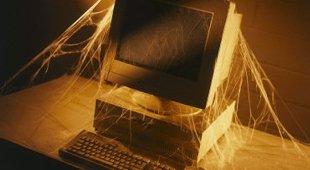 By James Bourne | 30th May 2013 | TechForge Media http://www.cloudcomputing-news.net/
James is editor in chief of TechForge Media, with a passion for how technologies influence business and several Mobile World Congress events under his belt. James has interviewed a variety of leading figures in his career, from former Mafia boss Michael Franzese, to Steve Wozniak, and Jean Michel Jarre. James can be found tweeting at @James_T_Bourne.

The International Data Center (IDC) has confirmed what the vast majority of enterprise analysts, bloggers and workers have known for a long time: PC shipments are declining at an alarming rate, with tablets expected to take over.

Perhaps unsurprisingly, the trend is more pronounced in mature markets, with a 3.4% downturn compared to a 1.1% decrease in emerging markets by 2017.

Yet in both markets, portable PCs will see an upturn by 2017, with IDC noting that the PCs shipped will reflect the design of the Windows 8 OS, which may become another nail in the coffin of the traditional PC.

“Many users are realising that everyday computing, such as accessing the Web, connecting to social media, sending emails, as well as using a variety of apps, doesn’t require a lot of computing power or local storage,” Loren Loverde, IDC program vice president of worldwide quarterly PC trackers said.

“These users have not necessarily given up on PCs as a platform for computing when a more robust environment is needed, but this takes a smaller share of computing time, and users are making do with older systems.”

Of course, Windows XP is to be retired in April 2014, with many enterprises scurrying to move to the next iteration. Yet Windows 8 isn’t going to be a part of it, according to the latest report from Forrester Research, who predicted earlier this month that most companies would stick with Windows 7 even when XP bites the dust, making 8 seem like Vista all over again.

But it might not all be bad news. Earlier today Microsoft released screenshots of the latest Windows 8.1 with a Start button, going back on their word with the original 8. Given the Forrester report examined how a primary driver was fear, uncertainty and doubt concerning the change of design for Windows 8, this may go some way to redressing the balance.

What do you think? What trends are you seeing in your workplace?