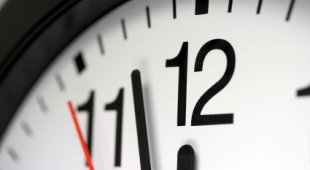 By James Bourne | 10th September 2013 | TechForge Media http://www.cloudcomputing-news.net/
Categories: Enterprise Mobility, Microsoft, UX,
James is editor in chief of TechForge Media, with a passion for how technologies influence business and several Mobile World Congress events under his belt. James has interviewed a variety of leading figures in his career, from former Mafia boss Michael Franzese, to Steve Wozniak, and Jean Michel Jarre. James can be found tweeting at @James_T_Bourne.

This is not news in itself, yet with pressure ramping up against the near third of users still on the near 13-year-old desktop OS, the clock is ticking for enterprises unwilling to change.

Microsoft has put its cards on the table in this respect. A blog post last month from director Tim Rains warned against the very real dangers of carrying on with XP after support has ceased.

Aside from the fact that Rains is telling hackers how to do their job, he makes a very interesting point: in the year ending July 2013, Windows XP made an appearance in 45 Microsoft security bulletins, with two thirds also relating to Windows 7 and 8.

He concluded: “Organisations need a level of certainty about the integrity of their systems. Minimising the number of systems running unsupported operating systems is helpful in achieving that.”

To put this in perspective, a recent survey from anti-virus software provider Avast showed the mountain many US schools would face in migrating from Windows XP. Over 96% of schools will be in the throes of a “major technology crisis” once support for XP is cut off.

Adding some meat on that bone, the researchers equate that to $200 per computer, as well as swapping other legacy hardware and software.

This all ties in with Avast’s ‘Free for Education’ program, with the security provider giving free anti-virus software to all US schools.

Yet as Rains notes: “There is anti-virus software that can help block attacks and clean up infections if they occur… [but] the challenge here is that you’ll never know, with any confidence, if the trusted computing base of the system can actually be trusted.”

Of course, the prevailing wind suggests that BYOD is becoming an ever bigger proposition in education. We’ve reached the stage where teachers should be handing out smartphones, not confiscating them.

Yet this is just an example. The enterprise organisation budget dwarfs that of your average school. Regardless, this is more of an image issue for Microsoft than a money issue for the big companies.

Given the original Windows 8 launch was hardly a huge success, it may be a logical step to think that many companies are waiting for a stable 8.1, due for general release on October 18 but available to coders now after a Microsoft U-turn, before moving over.

The Windows 8 launch didn’t go down too well with analysts. Back in May Forrester Research published a report entitled ‘IT Will Skip Windows 8 as the Enterprise Standard’, which tells you all you need to know.

It’s of course too early to look at the death of the PC as another iron in the fire. IDC figures from back in May showed that by 2017 there will be 123.9m PC shipments worldwide – still a fairly hefty number.

Some aren’t quite as kind to the ageing OS. Nikhil Rastogi, writing for Tech Tree, said that albeit “with all due respect”, XP should “roll over and die”.

Yet it’s safe to say that, if businesses continue to have XP beyond April 2014, they’ll be in for a world of pain and IT costs. What's your view? Is your company still struggling on XP?