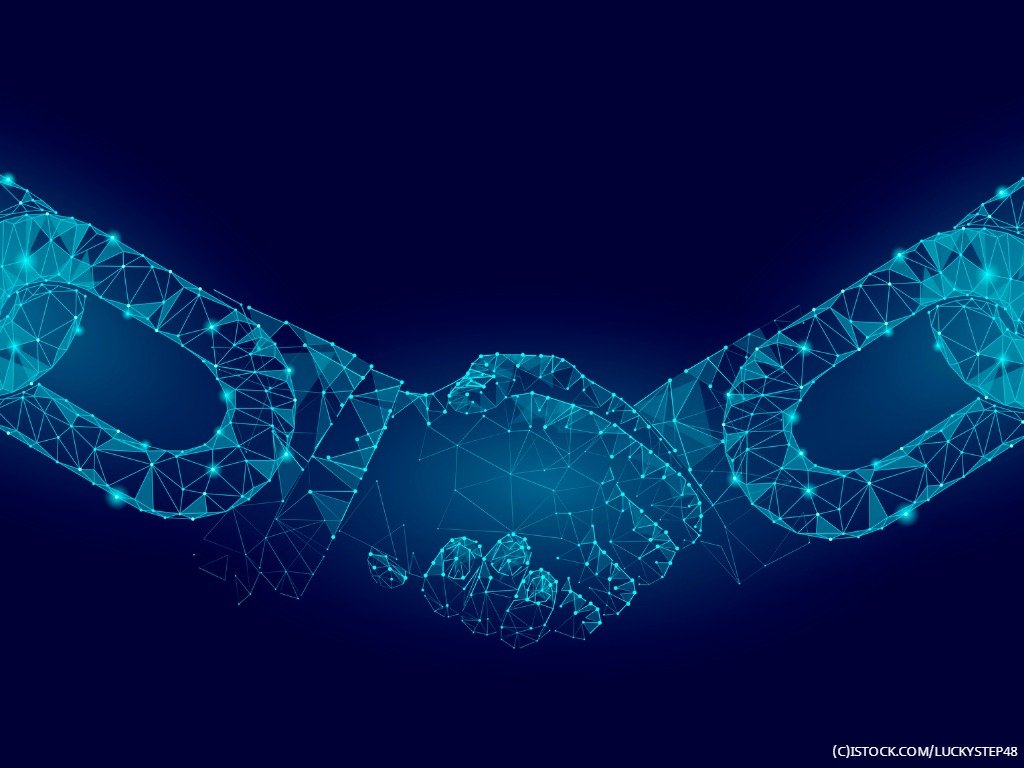 By James Bourne | 2nd October 2018 | TechForge Media http://www.cloudcomputing-news.net/
James is editor in chief of TechForge Media, with a passion for how technologies influence business and several Mobile World Congress events under his belt. James has interviewed a variety of leading figures in his career, from former Mafia boss Michael Franzese, to Steve Wozniak, and Jean Michel Jarre. James can be found tweeting at @James_T_Bourne.

If blockchain technologies are going to seriously infiltrate the enterprise, then an endorsement from two leading industry players would not go amiss. The Enterprise Ethereum Alliance (EEA) has teamed up with Hyperledger to seemingly do just that.

The two bodies are chumming up by becoming associate members within each other’s organisations. This is somewhat interesting in itself; the EEA naturally aims to focus on Ethereum as the primary technology for blockchain adoption due to its ‘maturity and multi-purpose design’, in the words of the association’s mission statement, while Hyperledger, backed by the Linux Foundation, is a project which aims to support multiple blockchain and distributed ledger technologies.

Those who wish to compare and contrast the two usually find closest parallels between Ethereum and Hyperledger Fabric, which has a modular architecture. As this piece from Blockchain Training Alliance notes, Ethereum is targeted towards distributed applications while Fabric focuses on more flexible, a la carte operations.

“Our two organisations have similar objectives, such as broadening and strengthening the community around and the adoption of enterprise blockchain technologies,” the two execs wrote. “What we hope to get across to the public is that anyone who ever put a ‘versus’ between EEA and Hyperledger got it wrong; it’s now conclusively EEA and Hyperledger.”

The two factions have been coming together subtly in recent months. Hyperledger Fabric supports the Ethereum Virtual Machine (EVM), as does Hyperledger Sawtooth, another modular platform. In an exclusive interview with sister publication The Block this time last year, Behlendorf noted on several occasions Hyperledger’s place in the system and room for other players. “Part of the escape valve here and the reason I sleep pretty well at night is that we are not talking about one blockchain,” he said.

Cross-promotion is therefore a key goal of the enterprise. “Down the road, we hope this mutually beneficial relationship will encourage Ethereum developers to consider submitting their enterprise projects to Hyperledger and Hyperledger project maintainers to consider taking de-facto interfaces appropriate for standardisation to the appropriate EEA working groups,” wrote Behlendorf and Resnick.

“By working together, the Enterprise Ethereum Alliance and Hyperledger will bring substantial benefits to developers and enterprises, and accelerate the adoption of enterprise blockchain technologies.”

As good as all this sounds – what is the real driving force for adopting blockchain technologies in the enterprise? Last July, a study from Juniper Research found that, of 400 large companies polled, six out of 10 were either ‘actively considering’ or ‘in the process of deploying’ blockchain.

Interest is certainly there – finding a secure way to improve the efficiency of supply chains, for instance, is a no-brainer. Yet it is the security which will remain a sticking point. Research from RSA in July warned on how traditional security information and event management (SIEM) tools will struggle with identifying ‘new normal’ behaviours associated with blockchain.

Interested in hearing leading global brands discuss subjects like this in person? Find out more at the Blockchain Expo World Series, Global, Europe and North America.